Check out our great store and support rescue!

Impaction can form for a number of different reasons.

In rescue situations we see this commonly as it is a directly result of an incorrect diet. In these instances piggies have been left in horrendous conditions whereby they either do not have access to water, or they do not have access to hay. It is very easy to distinguish which of these is the cause by the appearance of the resulting faecal matter.

If the poop is solid, dry and hard mass, you can tell there has been a lack of water in the guinea pigs diet. The impaction debri will reflect this. Alternatively, if the impaction is moist and wet in its formation, then there has not been enough fibre in the guinea pigs diet – of which they need up to 70% fibre. Usually in these cases guinea pigs may not have had hay within their diet. It is wise to also check teeth to ensure they do not have any overgrowth problems also as a result.

Watch the following video on help with how to treat impaction and what to do:

Typically guinea pigs that experience impaction are male and that is due to the ‘butt wiping’ or ‘scent marking’ behaviour that they do. They slide their bottom along the ground making them more susceptible to debri going in this region. You will need to check this region from time to time to ensure that debri such as wood shavings, hay and hair are not accumulating there.

Guinea pigs can also experience impaction as they age. However the degree of impaction is no where as severe as in rescue cases where it can be extreme and could result in masses of the size of a golf ball. Generally piggies that may experience this will be well over the age of 5 years.

In cases where impaction does occur due to age, you will notice a smaller pea size mass that can accumulate over time. This will not accumulate daily however it is important to do a piggie check every week or so.

Below is a rescue video showing the extent of impaction that severe cases come in with. This little piggie made a full recovery.

The penile shaft on male guinea pigs can also collect debri such as hair or faeces. It is important to extrude the penile shaft ocassionally to ensure that nothing is wrapped around. Particularly long haired guinea pigs are prone to hair being caught in this area. It is quite normal to find a smelly white thickened substance called Smegma. This does not need to be removed unless solid and crusty.

If you do want to give your guinea pig a wash, then simply using warm water as shown in the videos above is the best and least intrusive method that can be used. It will also enable normal function to have the best possibility of returning. 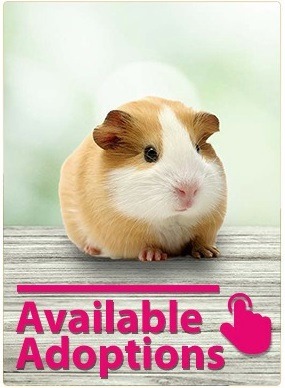